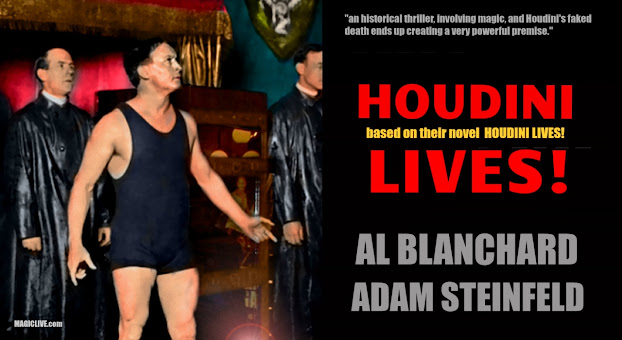 AL BLANCHARD:
is former president of, "the New England chapter of Mystery Writers of America" and, author of the nationally published novels; the Murder at Walden Pond, the Mad Season, the Iscariot Conspiracy and Murder on Cape Cod, the Disappearance of Jenna Drago and the Stalker and Other Tales of Love and Murder.
ADAM STEINFELD:
a filmmaker and magician, star of Magic Live!® casino theater shows presented over 2,400 shows at one venue and director of short documentary films; Houdini, talks Houdini, Houdini Girl and Yo Houdini horror series, Ask Madame Wonder? twisted-tales, Creezy, Where are you? thriller. And the comedy short film, Magic Schmuck, 2nd Best Magician, in the Whole-Wide World.  BA in Film, Univ. of Miami.