It's 1966 and Harry Houdini did not die forty years ago,
as many people thought,
but is planning a dramatic comeback. 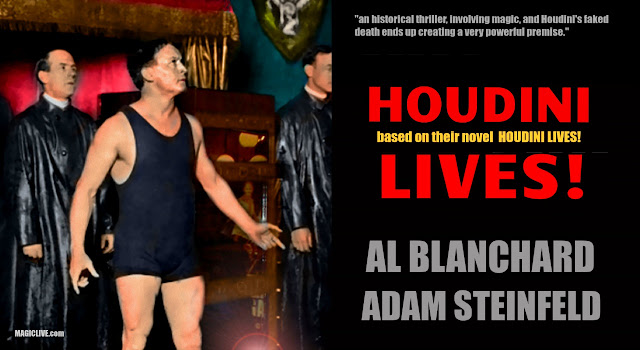 MIAMI BEACH. It's 1966 and world famous magician, escape artist, Harry Houdini did NOT die forty years ago as many people thought, he's been in hiding from his political enemies and is planning a dramatic comeback.


..."A most intriguing and entertaining premise - read the book, before you see the movie that has to follow!"
-John Fisher, acclaimed British TV producer,
author of CARDINI, the Suave Deceiver
& TOMMY COOPER:
Always Leave Them Laughing.